Why is the price increasing?

Nominet, the organisation responsible for administering the .uk namespace, is increasing the wholesale price of these domains by 50% starting on March 1st 2016. Unfortunately, this means that we as a registrar have no choice but to also increase our prices accordingly, along with every other registrar selling .uk domains.

Nominet's CEO, Russel Haworth made the announcement here (http://www.nominet.uk/change-to-wholesale-pricing-for-uk-domains/) in November 2015 with no forewarning to the large majority of registrars. Nominet have attempted to justify this massive increase with the fact that the price of .uk domains has not changed since 1999 and so they therefore feel that putting the price up now will ensure the long term stability, quality, and security of the .uk namespace that they run. Ultimately, here at Freethought, we completely disagree with this explanation; the price is being increased simply because Nominet want to increase the pricing for the purpose of funding more unrelated pet side-projects, paying their staff even more, and ensuring their continued existence in case of the decline of the .uk namespace.

We disagree, a price increase is not justified.

Despite this being the first price increase in 16 years, nothing can possibly justify the magnitude of this increase. This becomes even more apparent when you consider that Nominet is a not-for-profit organisation which in the financial year 2013-2014 (the latest financial accounts available) made a profit of approximately £2.5m, and that is after donating £3m to the Nominet trust - a charitable organisation setup as a means of philanthropically disposing of the considerable surplus generated from Nominet's business activities (i.e. their profit). On top of this, the accounts for 2013-2014 also indicate that Nominet have over £34m in reserves!

At the close of 2015 Nominet had 10,140,436 third level and 497,328 second level domains under management. Based on these numbers, the price increase could give Nominet an additional £13,297,205 annual turnover! Even if we worked on the assumption that every domain is only registered or renewed for a single year (which has a smaller price increase), Nominet would still receive an additional £2,659,441 annual revenue. For a not-for-profit to increase their prices in order to bring in an additional £13m a year on top of an already surplus generating budget is completely unjustifiable.

All of this of course is on top of any income generated from Nominet's various other pet side-projects outside of the .uk namespace; Nominet are now also running the .wales and .cymru registries, offering registry services to private organisations such as the BBC, Bentley and Comcast, running a TV whitespace database for Ofcom and selling their "turing" software (originally developed for analysing traffic to the .uk name servers) commercially. They are also carrying out R&D work into various "emerging technologies" such as Internet of Things.

Back in 1996, Nominet were entrusted with running the .uk namespace, however in recent years they have started branching out into a number of other areas and ultimately this means that they are competing with both their own members (the registrars) and the owners of .uk domain names (the registrants). Even worse, these non-core services are frequently unsuccessful - Nominet has trialed and quietly dropped a "Cyber Assist" service, whilst also setting up Nominet Registrar Services (NRS) as an ICANN accredited registrar (at great expense) offering .wales and .cymru domains at a 100% markup before shutting it down due to (somewhat unsurprising) disappointing sales, discontinued the ENUM registry and DNSSEC signing services. Registrants have been bank rolling Nominet's attempts at commercial enterprises and their pet side-projects for some time and this price increase will only serve to further exacerbate this.

Nominet recently announced that they are setting up a US subsidiary so that they can hire staff in America. It is unclear to us what possible reason the operator of the .uk registry could have for hiring US based staff.

Nominet are essentially a de jure monopoly (as the .uk registry operator they are the sole supplier of all .uk domain names) falling under the remit of the Department for Culture, Media & Sport. With approximately 10.5 million .uk domain names under management (making .uk one of the largest registries worldwide), they have a sizeable guaranteed income, which they are now seeking to increase even further and use to fund other projects which are completely unrelated to the operation of the .uk namespace and in some cases in competition with the .uk registrars and registrants.

To further compound matters, Nominet have announced that they are changing the terms and conditions of domain registrations in order to remove the "cost recovery" clauses in relation to how they set their prices; in essence, they want to remove the wording that directly links the price of a UK domain to the costs incurred with providing it to the registrant. Furthermore, they will also be adding wording to allow for annual price reviews for UK domains, so not only do they wish to increase pricing in March 2016 by 50%, but they also want to increase pricing again (or at least have the option to) every year.

Nominet is a membership organisation; each registrar is able to vote on certain aspects of how the organisation is run. The number of votes which a member receives is determined by how many domains they hold, capped at 3% of the total votes. Despite it's status as a membership organisation, Nominet's members were not consulted on the price change and no vote was taken. The reason for this is that the so-called "Hutty clause" which required a membership vote in order to change pricing was removed in a 2010 EGM. Prior to that change, 75% of the votes cast by registrars would have been required in order to pass any price change proposal. Instead, with this clause removed, Nominet has now introduced a price change without even consulting the members.

Democracy may yet win the argument though as many members like ourselves who believe that the price increase is unjustified have voted in favour of an Extraordinary General Meeting (EGM) of the membership in order to try and force Nominet to put the price changes to a vote. Nominet has yet to formerly respond to this call for an EGM, but ultimately once 5% of member votes have called for an EGM (a percentage that has been reached), Nominet cannot legally refuse to hold one. However, Nominet have stated that the board have made their decision on the price increases and so they will go through as planned on March the first, irrespective of what happens in the mean time. Unfortunately, due to Nominet holding a last minute registrar meeting as a delaying tactic, it is not possible to give sufficient notice for an EGM before the price rise comes into effect.

The good news is that there is still a way for registrants to beat the price rise; a UK domain can be registered or renewed for up to 10 years, so if you renew your domain now for the longest period possible, then you could potentially save yourself a lot of money! Our billing systems won't let you renew your domain more than 180 days in advance, but give us a call on 03300 882130 or email sales@freethought.uk and we'll be happy to process the renewal manually for you. Of course, if you aren't a Freethought customer, then you can contact your registrar who will certainly be happy to help you out.

Alternatively, you could look at dropping your UK domain and choosing another more stable domain - there are thousands to choose from! Check our www.freethought.domains or contact your registrar to see what they offer.

There has been a disturbing trend towards Nominet being operated on a "commercial" basis in recent years (particularly since Russell Haworth took over as CEO) and this price change is just the latest step in that commercialisation. This is often used as the justification for the various projects outside of their remit of operating the .uk namespace - Nominet have openly stated that they want to diversify their income so that they can continue to operate independently of the .uk namespace.

Should the efforts by registrars like us fail to put a stop to the price rises through an EGM, then there are still a few means of recourse available. If Nominet simply choose to ignore the call for an EGM, or ignore a vote passed in an EGM to stop he price rises, then legal action in the UK courts would seem like the next obvious step. At the same time, it would seem likely that a complaint could be made to the Competition and Mergers Authority (CMA) for an abuse of a dominant market position - ultimately, if Nominet are acting commercially, then they need to be treated like any other commercial entity.

Finally, the government has the power under sections 19 to 21 of the Digital Economy Act 2010 to forcibly restructure Nominet or even seize control and nationalise it if they believe that Nominet's management of the .uk namespace is a threat to the stability of the UK economy. In our opinion, this may be the only way to fundamentally overhaul how Nominet is run and prevent these absurd price increases from occurring.

If you are against these changes, then we would urge you to sign the petition at www.egm.uk, Tweet @Nominet, and email your MP to raise your concerns about the way in which Nominet is run. You can find details about how to contact your MP at www.theyworkforyou.com 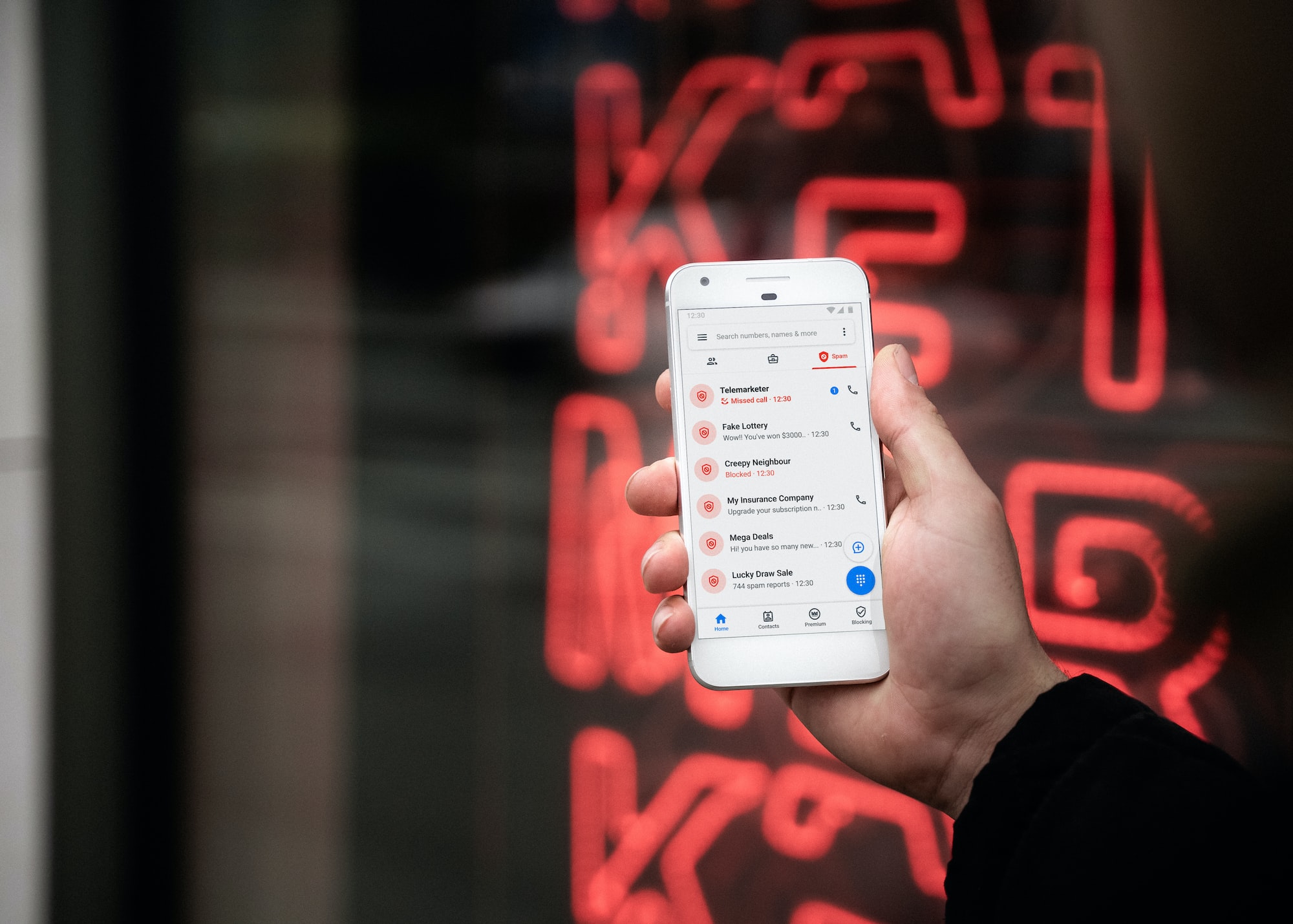 Freethought takes the safety and security of our customer's inboxes seriously and are pleased to have invested in adding URIBL to our list of intelligence providers to add yet another layer to our filtering, by increasing our ability to protect our customers from phishing attacks. 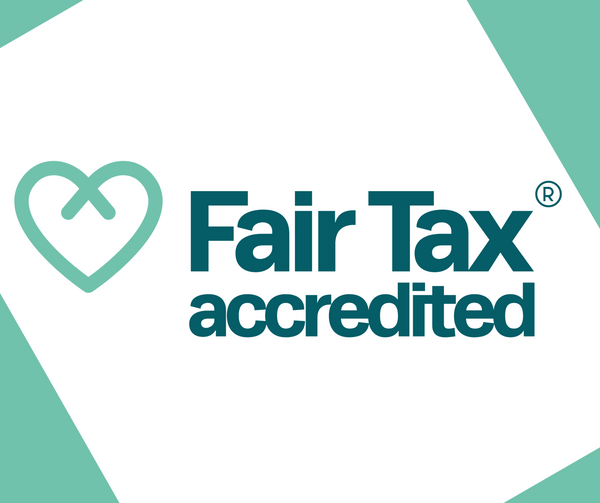 Anyone who knows Freethought knows that we strongly believe in doing the right thing. This is reflected in every facet of our business; from how we treat our customers, to the impact our business has on our environment, all the way through to how much tax we pay. 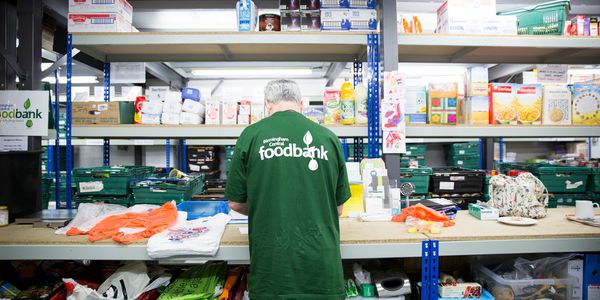